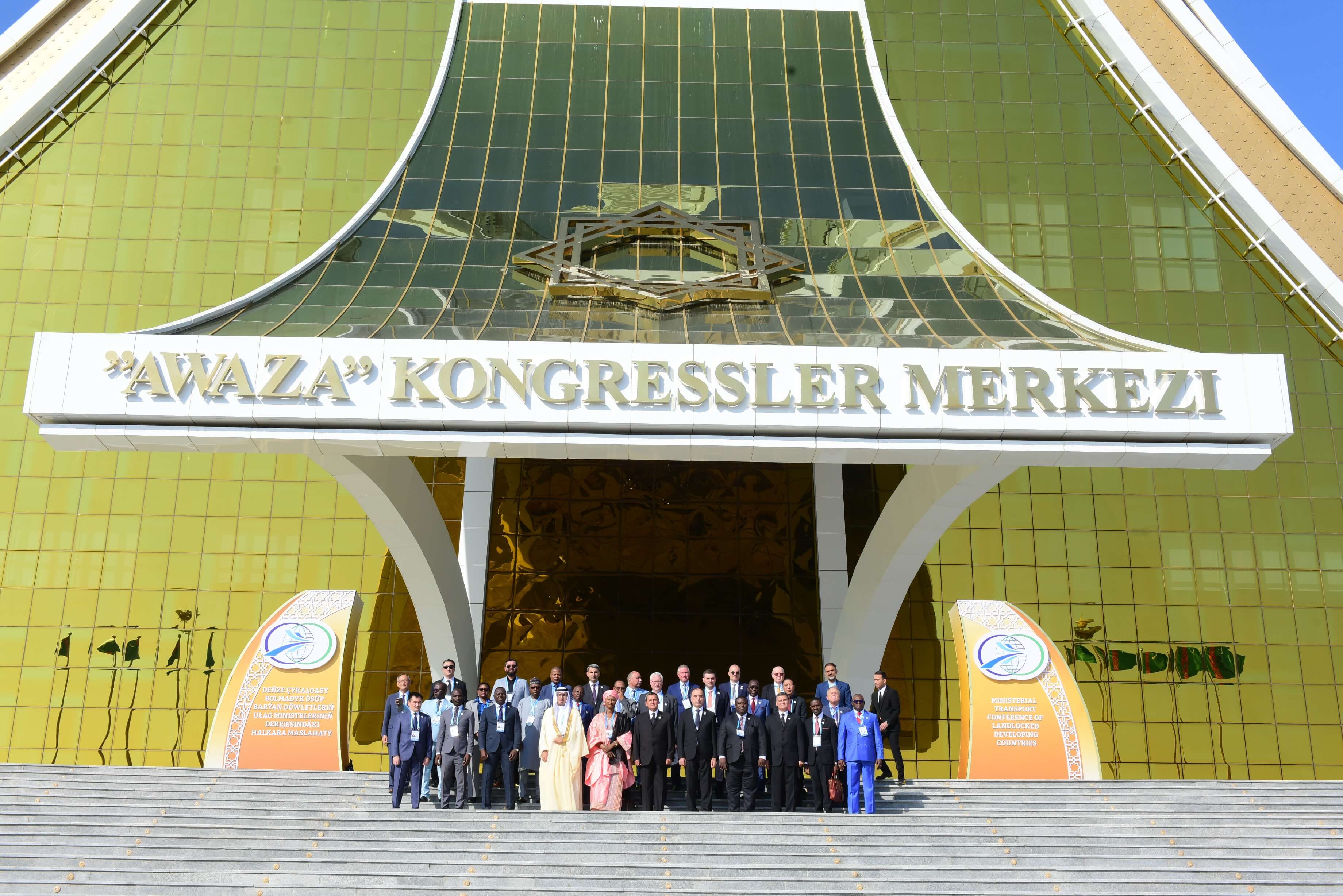 Today, the International Conference of Transport Ministers of Landlocked Developing Countries continues its work in the “Avaza” National Tourist Zone.

Remind that the forum, held on the initiative of Turkmenistan under the auspices of the UN, is attended by delegations from about 40 states and over 30 international organizations.

In addition, the conference is attended by heads of UN agencies, authoritative organizations, financial institutions, the private sector, non-governmental associations, and academia.

At the beginning of the conference, the participants the meeting with deep attention listened to the speech of the President of Turkmenistan Serdar Berdimuhamedov through the digital system. Those present met with great enthusiasm and approval the initiatives and proposals voiced by the head of Turkmenistan to intensify joint efforts in the field of transport and communications.

Then, via video link, the UN Under-Secretary-General and the UN High Representative for the Least Developed Countries, Landlocked Developing Countries, and Small Island Developing States, Ms. Rabab Fatima, read out a written message from UN Head A. Guterres.

At the plenary sessions, a number of leaders of international organizations are scheduled to speak on issues of transport communications and coordination of the efforts of states in this area.

At the end of the conference, it is planned to adopt the final Statement on the issues discussed.